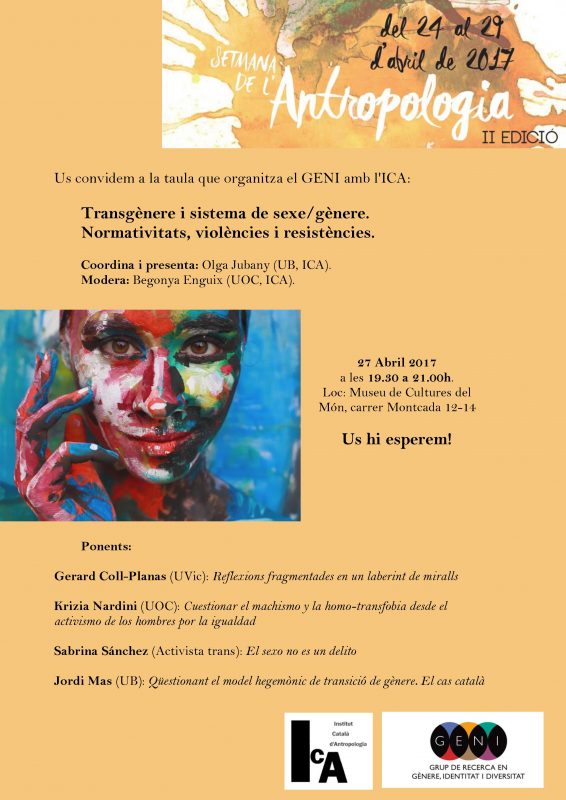 During the celebration of the Week of Anthropology (24-29 April, Barcelona), the research group GENI on gender, identity and diversity with the Catalan Insitute of Anthropology (ICA) collaborated with the European Social Research Unit (UB) to coordinate the round table “Transgènere i sistema de sexe/gènere. Normativitats, violències i resistències” (Transgender and the sex/gender system. Normativities, violences and resitsances”).

The round table was hosted by the Museu de Cultures del Món, and allowed to bring the theme of homo- and transphobia at the centre of attention and debate. After the introduction offered by Dr. Olga Jubany (UB, ICA), four speakers were introduced and the discussion facilitated by Dr. Begonya Enguix (UOC, ICA). 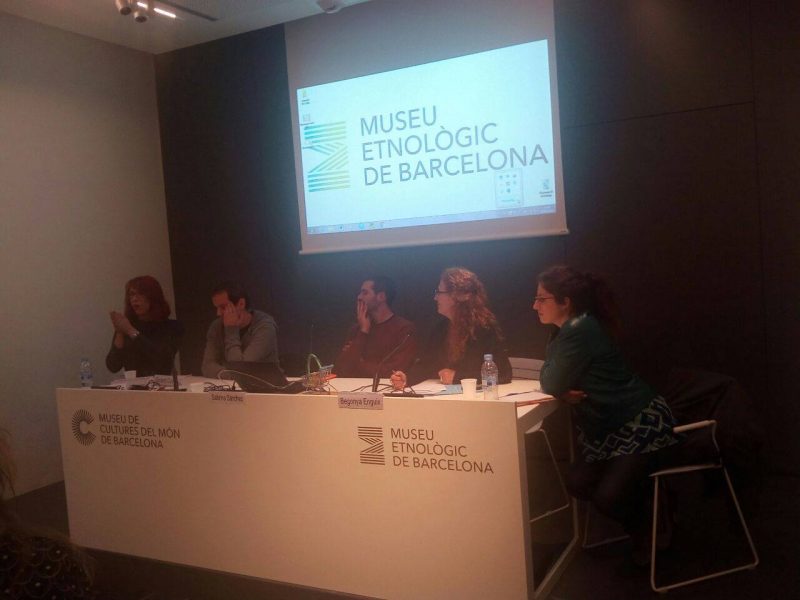 A report of the activities organized during the Week of Anthropology has been published last week by the ICA and can be found here.